All render nodes have the same version of TFD installed (1452)

The TFD sim is cached to an Server address which Render Node instances of TFD have the path of (and access to, it’s not a protected share) - the path is identical to that of the workstation where the simulation originated.

When the job is kicked off on C4D R21 Team Render Server, the nodes pick up the job - but intermittent nodes fail to render the TFD sim.
For the frames that are succesful, the SIM is correctly being referenced and later frames in the sequence are clearly from a ‘developed’ SIM.

Unfortunately it’s a seemingly random occurance of dropping the TFD scene element, not the same nodes failing to render the TFD sim. No patterns occuring, for example 15 random frames out of a 300 frame sequence - some single frames, some in groups of two or three.

The test sequence renders without issue on a local workstation reading from the same Cache Server Share.

Thanks for your time!

Could you please check the following?

Thanks for the response Jascha!

The Sim cache contains the correct frames, it renders locally without issue - and also renders through C4D Team Render Server on a single node.

No other Sims were using the Cache folder - as this test project was the only live instance of TFD we were running.

I’ve attached a couple of images of the Turblunce log from a couple of Node throwing out frames without TFD present in the render: 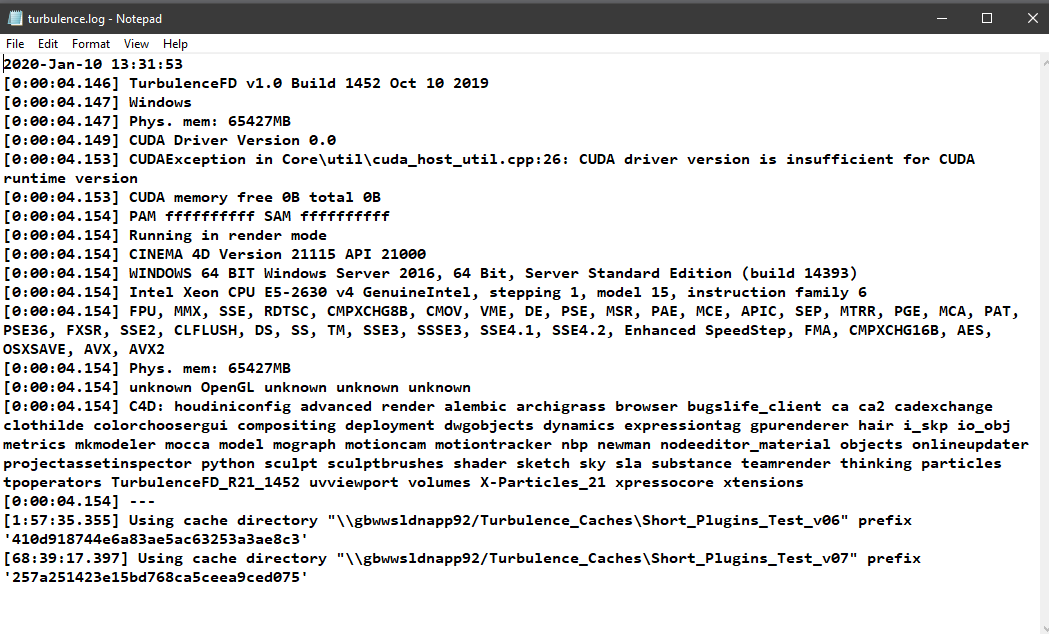 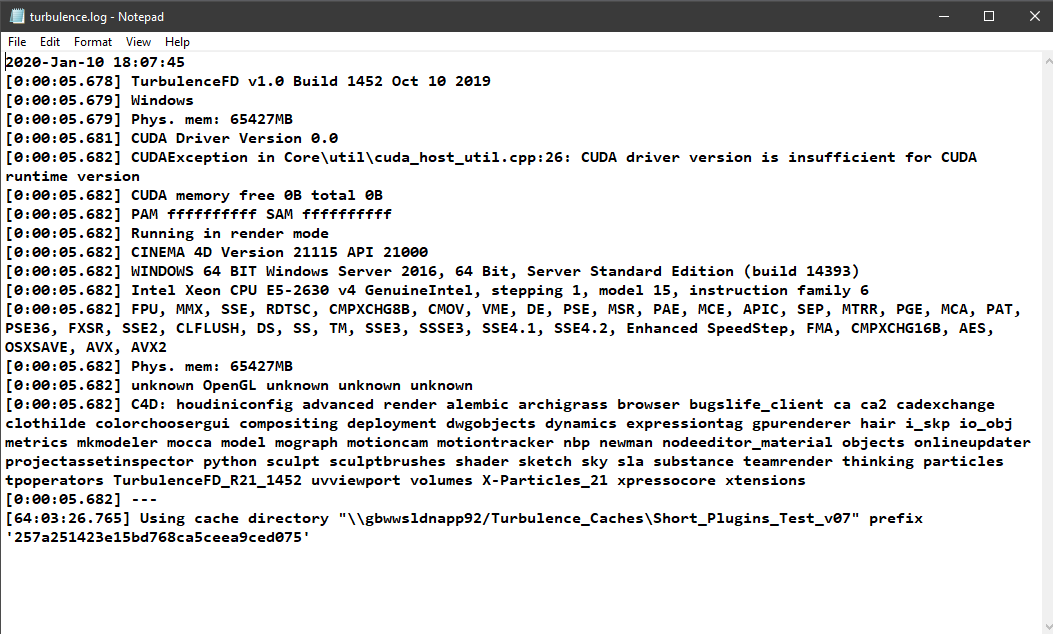 Thanks for the assistance with this issue!