Been exporting looping vdbs from houdini. They work well but I’m noticing something weird. If I go into negative frames on the C4D timeline (ie. playback head at frame -1 and beyond) some of the vdb’s channels disappear and therefore do not render. It’s strange because it only does it on some of them. I use the same houdini patch for all of them. Which is just a timeshift and blendshapes to create the loop. The vdbs are created in TFD. See attached gif of frame 0 vs frame -1.

A couple of tests/questions come to mind:

The VDB’s are created in TFD ? Excuse my ignorance but where does Houdini come into this ?

Is this the frame offset in Houdini, TFD or Redshift?

You can mark resolved. 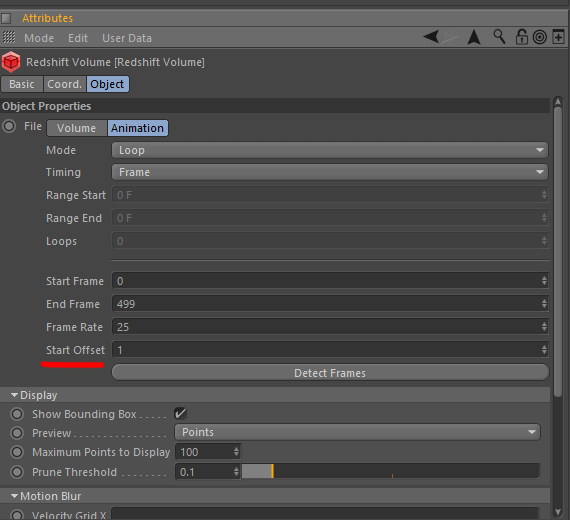